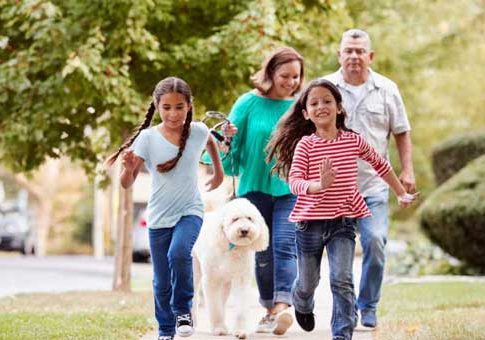 What is Lifestyle Medicine?

Lifestyle Medicine is an evidence-based intervention in which comprehensive lifestyle changes are used to prevent, treat and reverse the progression of chronic diseases by addressing the underlying causes.

“This new approach needs to bridge the gap between public health, with its preventive and population-based aims, and the treatment and patient-centred focus of clinical practice. The advent of a modified clinical discipline — “lifestyle medicine” — offers a way to bridge this gap.” Dr Garry Egger

“The root cause of chronic disease is lifestyle” The Cleveland Clinic.

The components of a Lifestyle Medicine Program include:

“Given the significant associated mortality and morbidity, we propose that perhaps physical inactivity should also be considered for recognition as a disease in its own right. Physical inactivity is considered a primary cause of many chronic diseases.” Dr Richard Weiler and Dr Emmanuel Stamatakis.

“GPs (and all other healthcare professionals) should receive comprehensive training on exercise medicine and behaviour change during undergraduate and postgraduate training. Already qualified healthcare professionals should be offered opportunities and incentives for professional training on lifestyle medicine and particularly physical activity, which is the single most important modality for prevention and management of most chronic disease. “  Dr Richard Weiler and Dr Emmanuel Stamatakis.

There is little doubt of the importance of being physically active through the lifespan and while prescribing physical activity has been widespread its penetration rates and retention rates are still very poor. It seems that while people understand the importance of physical activity the majority are still reluctant to initially start an exercise program (< 18%), and from those over 50% will drop out after 12 months, 75% after 18 months. IHRSA reports indicate that there are three tiers of penetration rates globally. The first tier comprising the top 10 fitness nations included: Sweden 21.4%, Norway 20.9%, USA 20.3%, Denmark 18.3%, Netherlands 17.0%, Finland 16.8%, Canada 15.5%, Australia 15.3%, UK 14.8%, New Zealand 13.6%. The second-tier nations include; Singapore 5.8%, Hong Kong 5.85%, Japan 3.3% and Taiwan 3.0%. The third tier includes; Malaysia 1.04%, Philippines .53%, Vietnam .5%, Indonesia,1 8% and India .15%. Those countries with the highest penetration rates also have the lowest sedentary rates and lowest obesity rates.

More recently the role of sedentary behaviour as a legitimate contributor to increased mortality rates and morbidity rates has been reported. The message now is that being physically active as stand alone is not enough while still spending too much time in sedentary activities. Being sedentary is its own risk factor for heart disease, stroke, diabetes and some cancers.

The American College of Sports Medicine guidelines recommend moderate to vigorous exercise while also prescribing a reduction in prolonged sitting and being active every day.

To increase the number of people starting an exercise program, initially reducing their sedentary time in the home, transport, work and leisure time can translate into improved penetration rates, retention rates and participation rates.

The NEAT Fit coaching program promotes lifestyle changes inclusive of physical activity by using a behavioural modification approach, utilising simple movement techniques in all aspects of a person’s lifestyle. The NEAT Fit program was initially designed to attract sedentary clients by reactivating their lifestyles and then converting them to the more formal fitness program.

Evidence suggests that there is a significant “spill over” effect from initially reducing sedentary time to starting  and maintaining a formal fitness program as well as an increased awareness of better eating practices, reduced alcohol consumption, sleep better, improved stress management and smoking cessation.

The most effective way of reducing sedentary time is to target it specifically rather than simply relying on prescribing a moderate to vigorous exercise program. 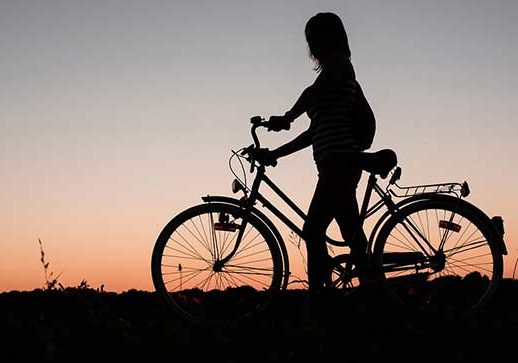 What is NEAT Fit?

While fitness programs have been largely successful in getting people fitter, they have had limited success in reducing sedentary lifestyles and motivating sedentary groups to maintain long term participation in physical activity.

High levels of sedentary activity have been linked to an increased risk of metabolic disease, cardiovascular diseases, cancers and lower mortality even in the presence of daily moderate to vigorous exercise.

Based on this new information we need to find new ways to reduce sedentary time and increase physical activity in the ever-increasing sedentary proportion our population. Rather than focussing on the traditional medical model of exercise of 30-60 minutes of moderate to vigorous exercise, our new behavioural intervention focuses on reducing sedentary behaviour throughout the day in the home, at work/retirement, during transportation and during leisure time and substituting them with active alternatives.

The new online NEAT Fit Coaching Program is the first of its kind to be offered worldwide that enables fitness trainers and allied health professionals to create new active behaviours by reducing daily sedentary time and creating lifestyles inclusive of physical activity through three phases of physical activity behaviour.

The NEAT Fit model identifies inactive periods during the day and replaces them with active alternatives encouraging people to spend as much time as possible on their feet performing movements that have a specific lifestyle purpose, initially converting them to become “Active Non- Exercisers” before introducing them to a formal fitness program.

Dr Paul Batman delivers evidence-based information clarifying the differences between sedentarism, inactivity and physical activity and introduces an entirely new physical activity model that initially emphasises reducing sedentary behaviour that will attract the ever-growing sedentary market. You will leave this program challenging some of your beliefs about health and fitness.

It recognises the importance  of alternative models outside of the current fitness model that can potentially make a significant contribution to creating healthy lifestyle choices on a scale never thought possible in populations that would never have considered joining a fitness program.

The NEAT Fit program provides you with the skills and knowledge to assess daily movement requirements, identify the unique problems of inactivity and sedentary lifestyle, prescribe daily physical activities using metabolic equivalents (METs) and MET Minutes to monitor intensity and workloads in addition to a formal fitness program.

The NEAT Fit coaching program is a flexible career propelling online course that allows you to study at your convenience. It is an immersive, career focused and interactive. It offers a purpose- built e learning environment that provides opportunities to connect with  like-minded community peers.

This course is like no other and has never been offered anywhere in the world, it is indeed cutting edge.

For more information for full day intensives offered in the United Kingdom and Europe contact admin@drummondeducation.com.

Dr Paul Batman (www.drpaulbatman.com.au) the creator and writer of the NEAT Fit Coaching Program has worked in health, fitness and sport for over 40 years. Dr Paul‘s expertise is second to none in the fitness industry. His knowledge of all-things fitness is outstanding from his NEAT Fit Coaching program to his advanced anatomical teaching and sports performance. Paul has spent 20 years as lecturer at international conventions (Australia, Canada, UK, Singapore & Malaysia) as well as building and selling two successful Registered Training Organisations (Fitness Institute Australia and Australian College) and training thousands of fitness professionals and is currently a Sedentary Lifestyle Specialist.

Dr Paul has used the NEAT Fit principles to: 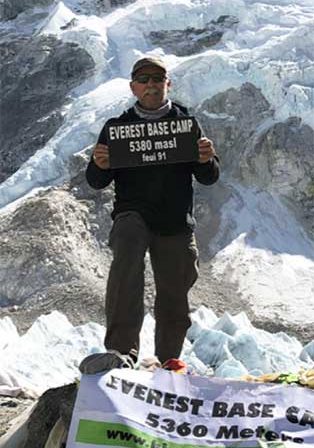 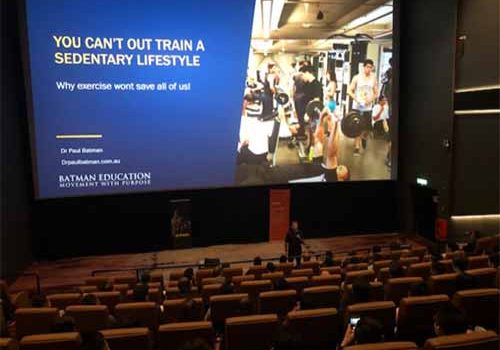 Dr Paul is available for

For a selection of presentation topics go to www.drpaulbatman.com.au. 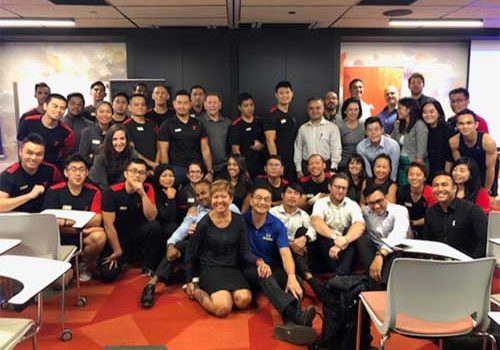 Drummond Clinic and Drummond Health and Fitness Education Academy are the leading training providers in the UK Fitness Industry. As a centre of excellence for exercise and fitness, Drummond programs are validated by the Central YMCA Qualifications, Active IQ and the Register for Exercise Professionals.

Gill Cummings-Bell is Director of Drummond Health and Fitness Education Academy and is the producer and coordinator of the NEAT Fit Coaching program. Gill has a BA (Honours), M.Sc. (Nutrition), PGCA and an MBA and has worked in the health and fitness industry for over 30 years. She has taught in all areas of the health and fitness curriculum and is a UK  leader in exercise therapy. Gill has taught in tertiary colleges  and vocational education and has presented at international conferences in the UK and abroad for many years. Gill as an exercise and nutrition scientist specialises in sports nutrition management for training, performance, recovery and body weight management. Gill is universally regarded as one of the most knowledgeable and influential leaders in the UK fitness industry and currently her work  and knowledge in National Competencies and registration is without peer.